Steam turbine bearings and their function 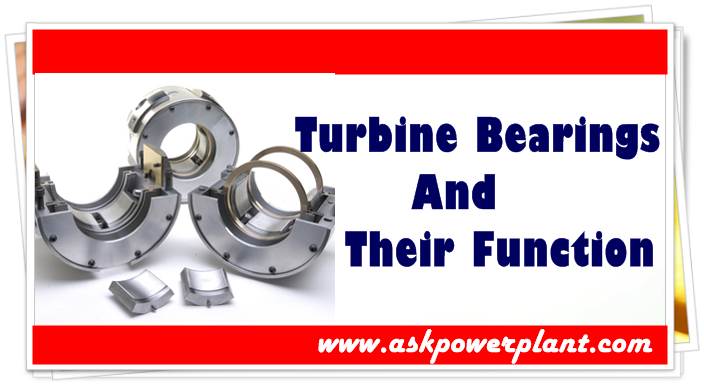 Steam turbine bearings and their function

Heii power plant engineers today we are discussed about a very important topic named  “Steam turbine bearings and their function ” into steam turbine operation . turbine bearings are supported turbine rotor and protect the shaft from any tear and wear during the running condition with the help of a thin oil film which is produce by cyclic circulation of oil .Steam turbines have journal bearings and thrust bearings. Journal bearings are at each end of each rotor to support the weight of the rotor. One thrust bearing typically is provided for the entire steam turbine to maintain the axial position of the rotor.

Working Principle of the turbine Bearing

As the turbine bearings work with high speed, large load, thus requiring the bearing must be required to be safe, reliable and have small friction. In order to meet these two requirements, turbine bearings are all adopts the sliding bearings based on theory of film lubrication. This bearings using cyclic fuel supply; the fuels supply system supply’s the bearing pressure and lubricants meeting the temperature requirements. Because the rotor is, through the journal, supported by a bearing of pouring a layer of soft, low melting point, wearing Babbitt and make high-speed rotation, in order to avoid direct friction between the journal and the bearing, it must be lubricated with oil, so as to form oil film between the journal and the bearing, establish fluid friction, thereby reducing the frictional resistance between them. Heat generated friction is taken away by the return oil, so that journal bearing be cooled through cyclic oil circulation.

The journal is also a very important turbine bearing in this type of bearings; Bearings are constructed of two halves that enclose the shaft. The inside of the bearing adjacent to the shaft is lined with Babbitt metal. Babbitt is an alloy of tin, copper, and antimony that has ant seizing qualities and a natural oiliness. The journal bearings are oil-pressure lubricated. Oil flow is controlled to limit oil temperature rise to a set value that is typically 17° C. The two types of journal bearings commonly used are shell and tilting pad. The shell bearing is used in heavily loaded areas. The bearing shell is spherical, resting in a corresponding spherical seat for ease of alignment. The bearings are oil-pressure lubricated to maintain an oil film between the shaft and the bearing.

The oil is pumped into holes with axial grooves in the center of the bearing. The oil flows toward the outer edges of the bearing, where it is collected in radial grooves and drained back to the oil storage reservoir. The tilting pad bearing is used in lightly loaded areas where rotor instability (oil whip) could occur. The tilting pad bearing is made of a series of individual babbitted segments (usually four) or shoes upon which the shaft rides. During normal operation, the pads tilt in the direction of rotation. This provides a converging passage necessary for hydrodynamic lubrication. The bearing compartment is flooded with oil entering the space between the pads. Oil outflow is control by the seals at the ends of the bearings. Oil flows back to the oil storage reservoir.

Thrust bearing is also a very important turbine bearing which protect the turbine rotor from the axial thrust .Thrust bearing is also based on the theory of oil film lubrication. Because of thrust tile is swing tile to form wedge shape between the thrust plates of the rotor. When the thrust plate rotates with the spindle, the oil is brought into the wedge-shaped space. With the reducing of the gap, oil is squeezed, hydraulic gradually increased to withstand the rotor axial thrust.

The thrust bearing consists of Babbitt metal lined, stationary shoes that run against the rotor thrust runner. Shoes on both sides of the runner protect it to movement in either axial direction. The thrust bearing compartment is oil-pressure flooded with the oil introduced near the shaft and flowing outward by the centrifugal action of the runner. Oil flow is controlled to limit oil temperature rise to a set value, usually 17° C. Two shoe arrangements are typically used: tapered land or Kings bury  (tilting pad). The tapered land thrust shoe consists of a flat, fixed surface with radial grooves cut into the thrust face to pass the oil.

The segments or shoes created by the grooves are tapered in circumferential and radial directions so that the motion of the runner wipes oil into the contacting wedge-shaped area and builds up load-carrying oil pressures. Although the tapered land thrust plates have a high load-carrying capacity, they are sensitive to misalignment. Misalignment causes uneven loading and thermal distortion due to uneven temperature distribution around the thrust plate. This distortion can destroy the oil film thickness. To alleviate this, copper backed plates are used to distribute temperature differences between lands.
This procedure cans double the load-carrying capability of a thrust bearing.

The tilting pad thrust bearing is a self-equalizing design with individual shoes or pads. Each shoe is free to tilt about a Pivot. Normally, the pivot takes the form of a heared spherical surface inserted behind each shoe. The shoe is free to tip in both circumferential and radial directions. This allows accommodation of any misalignment that may exist between the shoes and the thrust runner. When the runner is stationary, the shoes are parallel to the runner. As the bearing starts to rotate, an oil film is created between the shoes and the runner and the shoes tilt to an angle that generates the proper distribution of oil film pressure. In addition to the shoe pivot feature, the shoe pivot points are supported by leveling plate bases that equalize the thrust loading around the entire thrust bearing. The tilting-shoe type of thrust bearing is capable of carrying the greater load of the two thrust-bearing types.

A turning gear rotates the turbine rotor at slow speeds before startup and just after shutdown. This minimizes the bowing of the rotor that can cause uneven temperature distribution in the covers and bases of the turbine. The turning gear consists of an electric motor that gear drives the turbine generator rotor.

The steam turbine generator support foundation of large units is called a pedestal. Larger units have low-pressure turbines that exhaust downward and have numerous steam lines connected to the turbines. This requires the installation of the steam turbine generator on an elevated pedestal. The condenser can be located under the low-pressure turbine and Access is provided to the underside of the turbines for steam lines. Two types of turbine pedestals are used: heavy reinforced concrete and steel. The prevalent type in the United States is the massive concrete foundation; A few of the steel foundations have been installed. The pedestal is supported on a based mat that is isolated from the remainder of the building to prevent any turbine generator vibration from being transmitted to the building. This isolation is also applied to any floor above the ground floor.

IF YOU LIKE THIS POST “Steam turbine bearings and their function” PLEASE LIKE , SHARE AND YOU COMMENTS IS VERY VALUABLE SO PLEASE GIVE YOUR SUGGESTIONS IN COMMENT BOX please read once time if any mistake you find in this artical please suggest me through comment box or if  this website contains all original article which are written by me if any article on this site find copyrighted please inform me through at joginder005@gmail.com……..THANK’S

Hi all power engineers myself Joginder Chauhan. I am the founder of the website www.askpowerplant.com. I am also a power plant engineer and have more than 10-year experience in the field of power sectors during this time period I learned about different power technology like AFBC, CFBC, TRAVELLING GRATE, PULSATING GREAT, PF BOILER, WHRS, and many more things. my motive for this site sharing my power sector knowledge with each and everyone who belongs to this field, in this website I share information related to boiler operation, boiler maintenance, turbine operation & maintenance, boiler & turbine question answer, D.M plant, and all topic related to power plant sector please join this website for latest updation regarding power plant ………..thanks ( JOGINDER CHAUHAN )

This is truly helpful, thanks.

It works really well for me

Heiii power plant engineers how are you I hope all is well today we discussed a very important topic “TOP 22 REASON’S BEHIND STEAM TURBINE VIBRATION IN POWER PLANT “which is related to turbine operation. I suggest that every power plant engineers should know about this. In this topic, I …

Skid-pin System of the Steam Turbine

Heii power plant engineers how are you I hope all is well today we discussed about a very important topic related to a turbine or we can say a very important question which is generally asked by interviewer which is what is the skid –pin system in a steam turbine? … 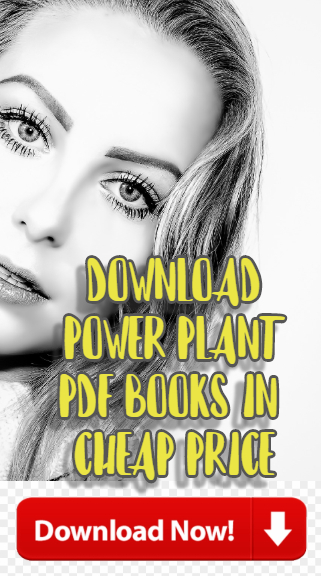